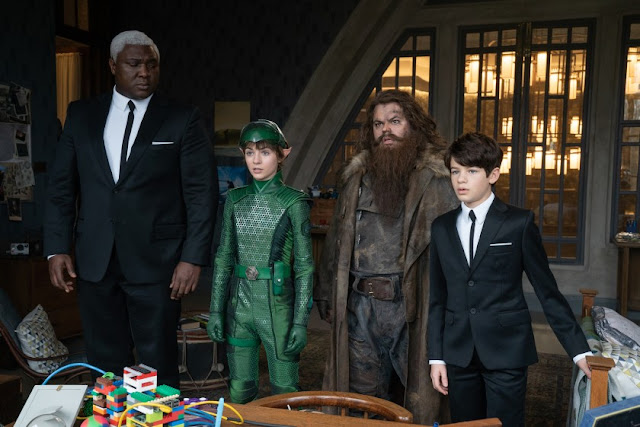 Its time to believe in the extraordinary. Disney’s Artemis Fowl has finally arrived on Disney+.

Artemis Fowl (Ferdia Shaw) is a 12-year-old genius and descendant of a long line of criminal masterminds. He soon finds himself in an epic battle against a race of powerful underground fairies who may be behind his father's disappearance.


Artemis Fowl is one of the latest films to skip theaters and go straight to streaming due to theaters being shut down because of the current COVID-19 pandemic. The film, which is based on the popular book series by Eoin Colfer, has been in the works for what seems like ages since 2001 when the book was first published. The film has had its share of directors coming and going, and the rights were originally bought by the Weinstein Company, who partnered with Disney only to be stripped of all involvement by Disney after the Me Too movement.


That’s also enough time for the once-popular genre that Artemis Fowl belongs to, the sci-fi/fantasy YA series has lost its appeal at the box office. That could be another reason why the film was sent to streaming after its original theatrical release was delayed. This was probably for the best and it might do better in the long run as Onward, which was in theaters for only two weeks, proved to be more popular on Disney+ than in theaters.


Now, let’s talk about the film. Rather than doing a straight adaption of the first book, the movie tries to blend the stories of the first two books, and although it’s been a while since I’ve read the books, they did a decent job with the movie. The film may have missed a few plot points but still kept things sailing smoothly for audiences while also trying to build a film franchise. The script does leave various elements vague for future sequels.


Director Kenneth Branagh brings an energetic and stylish look to the film that keeps its entertaining, energetic, and fun. The visual effects are breathtaking and unique, especially when we get to see the inventive elements of the fantasy world. The performances from the cast are pretty entertaining. Ferdia Shaw proves to be a brilliant Artemis Fowl with witty lines, a smug characteristic, and brilliant acting throughout. And, you know things will be entertaining when you cast Josh Gad in a movie and he was amazing as Mulch Diggums.

Ultimately, I wish that the movie had gone on a little longer than its 95-minute runtime, only because they could have added a lot more. Artemis Fowl has had a bumpy road in bring its stories to life and I feel like they did a decent job and hopefully, we will get to see these characters return in future sequels.
Artemis Fowl is now streaming on Disney+.
Critic Rating: 4/5 stars
What did you think of the film? Sound off in the comments.