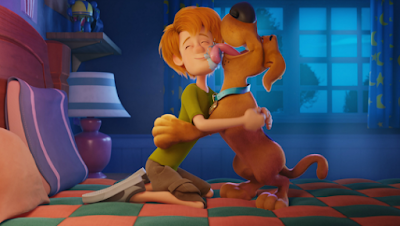 Scoob! is everything you could wish for in a Scooby-Doo reboot that manages to stay true to the pop culture icon.

With hundreds of cases solved and adventures shared, Scooby and the gang face their biggest, most challenging mystery ever -- a plot to unleash the ghost dog Cerberus upon the world. As they race to stop this global dog-apocalypse, the gang discovers that Scooby has a secret legacy and an epic destiny greater than anyone could have imagined.

If you are like me and have been itching for a new Scooby-Doo adventure, Warner Bros. has managed to create a new adventure the whole family can enjoy. Scoob! was initially supposed to hit theaters on May 15th, but with theaters being shut down at the moment it has skipped theaters and went straight to a digital release. As reboots go, this new movie is a goofy, fun surprise that respects the character’s TV roots and adds a sprinkle of pop-culture and movie references.

Kids who are familiar with Scooby will adore this movie and adults who grew up with the original cartoon will love it too. It tells a great story about friendship and has plenty of easter eggs adults will easily spot. What sets this film apart from other Scooby movies is that it goes back to the original 1970 source material for that family-friendly entertainment. It’s visually stunning and has a slightly more realistic look but still retains the same animation techniques from the cartoon.

Scoob! has a lot of recognizable names that round up the cast. Frank Welker (the original voice of Fred) returns to voice Scooby, with Zac Efron as Fred, Amanda Seyfried as Daphane, Gina Rodriquez as Velma and Will Forte as Shaggy. Everyone did a great job and as much as I like Will Forte, Matthew Lillard (who has voiced played Shaggy both in live-action and recent animated films) should have been brought back to voice Shaggy. Overall, I love this new cast and their spin on these classic characters.

Scoob! is a refreshing reboot that gives everyone what they want while staying respectfully true to the original characters and hopefully, this will lead to more movies.
Critic Rating: 5/5 stars
What did you think of the movie? Sound off in the comments.