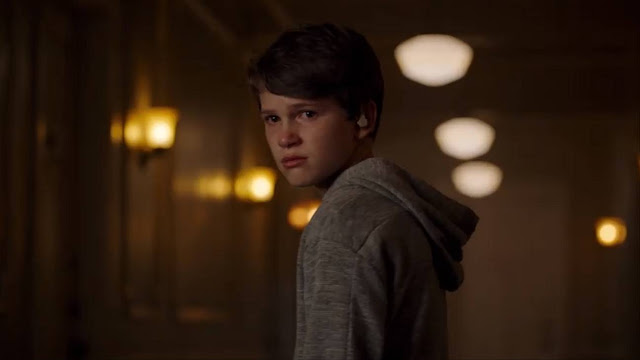 The first trailer for Chucky’s terrifying return has finally arrived, and Aubrey Plaza is in for a brutal ride. The 34-year-old actress plays a hard-working mother who buys her son Andy (Gabriel Bateman) a Buddi doll. But things go south fast when the doll turns out to be a psycho serial killer.

“At Kaslan, we believe that happiness is about more than entertainment. It’s about being known, understood, loved. Introducing your new best friend,” an ad says as the trailer shows Plaza buying the doll for her son.

The music takes a dark turn, and suddenly we see people dead, while flashes hint that the doll is behind the chaos. The trailer then concludes with Bateman covered in blood and slowly turning to find that Plaza is bound to a rising pole that’s about to choke her.

The movie comes 30 years after the original by the same name made its debut in 1988 and reimagines Chucky’s origin story, much like the way 2017’s It gave new life to an old and terrifying character.

Check out the trailer below and sound off in the comments!