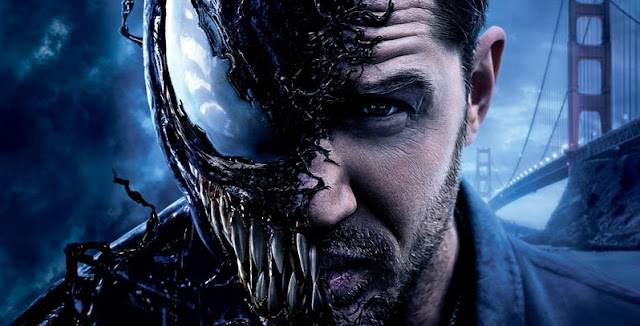 Sony has officially confirmed a sequel to Venom is happening and has found its writer. The studio found great success in giving the fan-favorite, symbiotic Marvel anti-hero his own movie with Tom Hardy in the lead role as Eddie Brock. Despite mixed reviews and no Spider-Man connections, Venom is a certified box office success.

The first film has made over $850 million worldwide at the box office and made it clear that this would not be the lone installment of the franchise. Sony has also been making plans to expand the Venom-verse with Jared Leto's Morbius movie in the works. While securing a presumable release date for the vampire flick in 2020, they also locked down an October 2020 release date for an unannounced sequel. It was widely believed to be Venom 2, and the movie is officially a go.

According to Variety, it is reported that Sony has brought back screenwriter Kelly Marcel to write the script for Venom's sequel. She joined the original film late in the process to do a rewrite and will be returning as the head writer for the sequel and will also be serving as an executive producer. Tom Hardy will return as the anti-hero, as will Michelle Williams as Anne Weying and Woody Harrelson as Carnage. Director Ruben Fleischer may not return however due to an overlapping schedule with Zombieland 2.

Although this may be the first official news about Venom 2, we already have a pretty good idea of what the movie will be about. Carnage is going to be the big bad making good on his promise in the previous installment's post-credits scene. The return of Weying could also bring more symbiote madness too after she briefly became She-Venom in the first film and could do so in a larger capacity in the sequel. Plus, there's no telling what other new characters the sequel could introduce or the connections it could make with other films. Either way, Venom's sequel is officially happening.