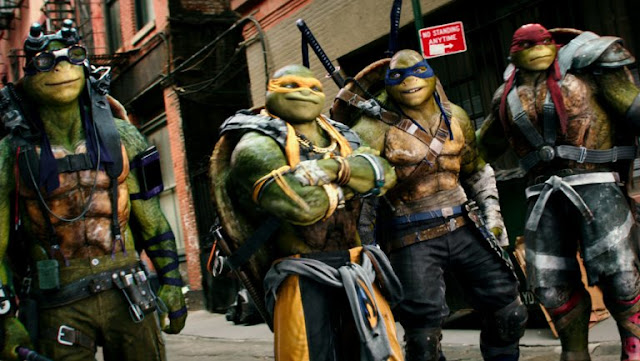 Its been three years since we last saw the Ninja Turtles on the big screen with the release of Out of the Shadows, and now it looks like Paramount wants to reboot the Teenage Mutant Ninja Turtles movie franchise again with Michael Bay’s Platinum Dunes.

This news comes from Dunes co-founder Andrew Form on the red carpet of the Critics' Choice Awards last night in Los Angeles, California. When asked by Variety about what was on the docket for him and fellow producer Brad Fuller (also a co-founder of Platinum Dunes), he said:

"Jack Ryan Season 2 [on Amazon] just wrapped, the sequel of A Quiet Place, and we're doing a reboot of the Teenage Mutant Ninja Turtles at Paramount ... That is looking like production by the end of the year."

It seems that this was some pretty top-secret news because Fuller parried with:

"Did you just give something away? We did the preceding two Turtle movies, but I didn't know that we were saying that we're making [another one], but that's good to know."

The turtles made their big screen return in 2014's Teenage Mutant Ninja Turtles. Directed by Jonathan Liebesman (Battle: Los Angeles) and produced by Michael Bay, the reboot received mixed reviews but made enough money at the box office for Paramount to greenlight a sequel. Out of the Shadows (directed by Earth to Echo's Dave Green) was released in 2016 and introduced more iconic faces like Casey Jones (Arrow’s Stephen Amell took on the role), Krang, Bebop, and Rocksteady, but made less money than its predecessor.

"I'm gonna say something I've never said before," added Fuller when asked why the TMNT franchise keeps on perpetuating itself. "The thing about the Turtles, it's the same thing about A Quiet Place. It's about a family and [the audience] being invested in a family. They are both family stories about the family sticking together and supporting one another."

Fuller said that no director has been chosen to helm the reboot just yet.