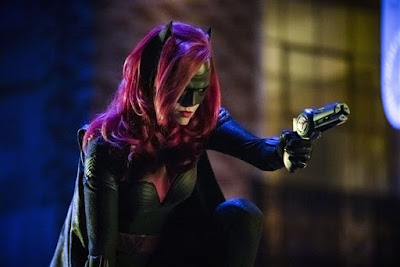 The CW’s Batwoman project is coming and a big name from Game of Thrones is getting on board.

The network has given a pilot pickup order to Batwoman, starring Ruby Rose, who first appeared as the character in the network’s DC crossover event last month.

Emmy-winning director David Nutter will helm the pilot. Nutter is mostly known for his amazing work on Thrones, where he directed several episodes such as “The Rains of Castamere” (a.k.a. The Red Wedding episode) and has multiple episodes coming up in the show’s final season. Nutter is also known around Hollywood as “the pilot whisperer” as he’s credited with directing numerous successful pilots that were eventually picked up to series. His previous pilot credits include the first episodes of The CW’s The Flash and Arrow, along with shows such as Supernatural and Smallville.

Here’s the official description for the pilot which, if greenlit to series, would be TV’s first lesbian superhero show: “Armed with a passion for social justice and a flair for speaking her mind, Kate Kane (star Ruby Rose) soars onto the streets of Gotham as Batwoman, an out lesbian and highly trained street fighter primed to snuff out the failing city’s criminal resurgence. But don’t call her a hero yet. In a city desperate for a savior, Kate must overcome her own demons before embracing the call to be Gotham’s symbol of hope.”

Batwoman will be considered for a series order for next season.