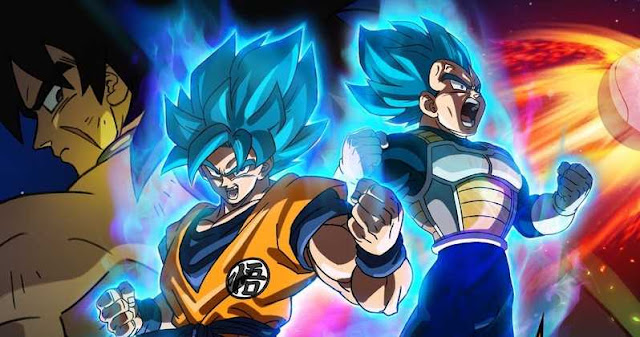 If you get the chance to go see Dragon Ball Super: Broly in theaters, take the opportunity and go see it.

The Dragon Ball franchise means a lot to many people - a knee-slapping comedy, a family oriented story, and lesson in forgiveness and redemption - but in all honesty, most fans want to know who gets to battle who. The movie definitely delivers on all the hype surrounding it with non-stop of action and explosions.

Broly is the perfect character for an action-centric Dragon Ball movie. He is clearly their version of the Incredible Hulk; a powerfully monstrous Sayian who goes crazy by his uncontrollable power (he also gets a green color scheme). Broly previously appeared in other Dragon Ball z films, but this one gives him the credit he deserves with a revamped backstory.

It takes roughly 30 to 40 minutes to tell Broly’s backstory, but it gives the film the opportunity to rewrite all of the series lingering plotholes and resolves several storylines that have been hinted at in the past, like Frieza’s relationship with the Saiyan race, more of Bardock’s (Goku’s father for those who don’t know) history, and the who Broly debacle.

But when Broly finally lands on Earth, things get excitingly real. Goku and Vegeta spend a good amount time having it out with Broly, which delivers some of the most exhilarating anime fight scenes I’ve seen. Punches send fighters hurtling through snow-covered mountains. Energy blasts have the earth shaking beneath their feet. Characters get slammed with fists, elbows, feet, knees, get thrown around like dolls, and slammed face-first along jagged cliffs. The series is known for screaming and powering up for long periods of time, but the characters barely get a chance to rest and catch their breath throughout their fight. They maybe get a couple of minutes to rest until they jump right back into the battle.

Dragon Ball Super: Broly is mainly focused on the main fight that we don’t get to see the other heroes, except a brief cameo by Piccolo. We even get a tour of the various Super Saiyan stages - from regular to God to Blue - leading to the exciting appearance of Goku an Vegeta’s fused form, Gogeta. The movie delivers a story that's engaging and cinematic enough to feel like a real movie.
Dragon Ball Super: Broly excels on every front. It sets a new standard for future films and not only an effective new story but fills holes in old ones. Its packed with nostalgia for die-hard fans but is filled with plenty of surprises.