Live-Action Hunchback of Notre Dame in the works at Disney 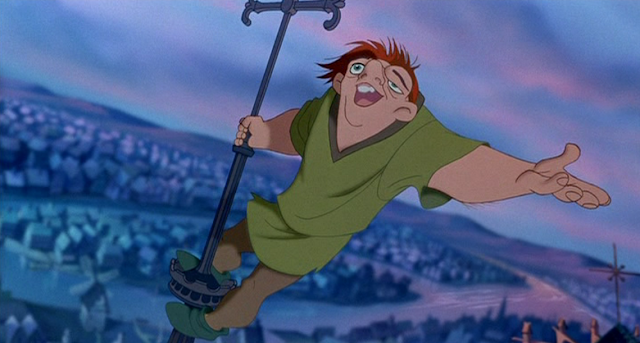 Over the last few years, Disney has put new life in their classic animated films by turning them into live-action blockbusters. The latest Disney movie to be turned live-action is 1996's The Hunchback of Notre Dame, and just like the animated movie, it will be a musical.

According to Deadline, Disney has hired David Henry Hwang, the Tony-winning playwright of M. Butterfly, to helm the script for the live action Hunchback of Notre Dame movie, which is being called Hunchback. Disney’s longtime composers Alan Menken and Stephen Schwartz, who both also worked on the original animated film, will compose the music for this adaptation. Josh Gad is also producing Hunchback alongside Mandeville Films, and while there's also talk of Gad potentially playing the lead role, casting hasn't been released yet.

Disney's live-action Hunchback of Notre Dame movie will be inspired from its animated predecessor and the Victor Hugo novel. We'll have to wait and see the direction this live-action adaptation will take whether it be a straightforward remake, like 2017's Beauty and the Beast, or if it will deviate from the previous story significantly, like 2014's Maleficent. It should be noted that the animated Hunchback of Notre Dame is a particularly dark movie by Disney standards, so if David Henry Hwang wanted to, he could easily make the live action version a PG-13 affair. Of course, that might result in fewer kids getting to see it in theaters, so Disney will probably want to keep it PG.
Whether or not Josh Gad keeps to play Quasimodo, this marks yet another Disney film on his resume. In the last decade, he's voiced Olaf in the Frozen franchise, played LeFou in Beauty and the Beast and will appear as Mulch Diggums later this year in Artemis Fowl. As for when we can expect Hunchback, it's not being fast-tracked, but with all this talent attached, one could assume it stands a big chance of actually being made than not.