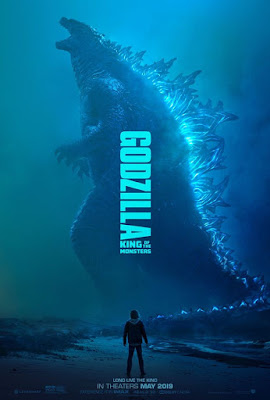 Godzilla: King of the Monsters is getting closer and closer being released, and the incredible team behind the iconic giant lizard just got fans even more excited for his big return to the screen. A brand-new trailer for the sequel has just been released, and fans are going to be excited with what they see.


The sequel released its second trailer following the first’s debut at San Diego Comic-Con over the summer. Fresh off Brazil’s CCXP convention, this brand new look at the film gives viewers tons of new footage.

The film follows members of the crypto-zoological agency Monarch face off against a battery of god-sized monsters, including the mighty Godzilla, who collides with Mothra, Rodan, and his ultimate nemesis, the three-headed King Ghidorah. When this ancient super-species-thought to be mere myths-rise again, they all vie for supremacy, leaving humanity's very existence hanging in the balance.

The film is said to set up a crossover movie between Godzilla and King Kong called Godzilla vs. Kong. That film is being directed by Adam Wingard.

“The world is reacting to Godzilla in the same way we would react to any other terrifying incident, in that we are overreacting,” Dougherty told Entertainment Weekly. Godzilla hasn’t been seen since that destructive finale, “but there’s paranoia and endless speculation about whether he is the only one out there or whether we’re threatened by others like his kind.”

Are you excited about Godzilla: King of the Monsters? Check out the trailer below and let us know in the comments!