Lucifer seasons 1-3 are coming soon to Netflix before the show's 4th season! 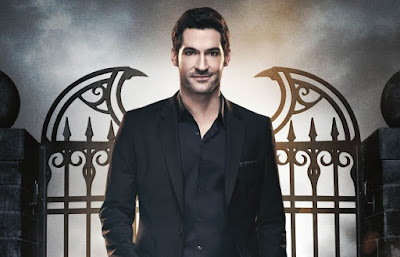 Fox canceled Lucifer earlier this year to the dismay of its passionate fan base, but Netflix came in and saved the show from TV purgatory, much to the delight of the series' devoted and vocal fans. Now, the streaming service is giving fans a chance to get caught up, or simply get reacquainted with the Devil himself ahead of the new season.

Ildy Modrovich, showrunner, and writer for Lucifer was asked by a fan on Twitter when the show's third season would be available to stream on Netflix and the response was one that will excite the fans.

"They're going to make seasons 1-3 available before S4 so everyone can rewatch and new folks can catch up. And we'll have exact release dates for both SOON!! Hang tight :)" Modrovich wrote.

Modrovich's tweet is exciting not just for the news that all three Fox seasons of the series will be available to stream but also that the release date for the fourth season is coming soon. The series has been in production for a bit, with both Modrovich and co-showrunner Joe Henderson sharing episode titles and other tantalizing tidbits for the upcoming fourth season. As for what fans can expect for the fourth season, it sounds like Lucifer's new life on Netflix will give fans a nice mix of the show fans loved on Fox along with elements that they've been asking for -- such as Lucifer's (Tom Ellis) backside.

"Netflix really wanted to have Lucifer because they really love the show that we already had," Ellis explained at a convention appearance earlier this year. "So we’ve been careful, we don’t want to change our show too much because that’s the show that people really liked. But there were certain restrictions that we had when we were on network television that meant that maybe we couldn’t do as much as we wanted. So things like my bum, which I was never allowed to show before, and lots of people want to see it, really: there may be some bum shots this season...There will be multiple bum shots, certainly, after a scene, we shot the other day."

"I also want to stress — I think one of the reasons people like our show is because it doesn’t go all the way there." Ellis continued. "It’s about suggestion, it's about getting away with it, it’s about being cheeky and not vulgar, and we’re still being careful that we aren’t going to go into vulgarity. Everything’s justified."

Are you excited you'll soon be able to watch all of Lucifer on Netflix? Let us know in the comments below!