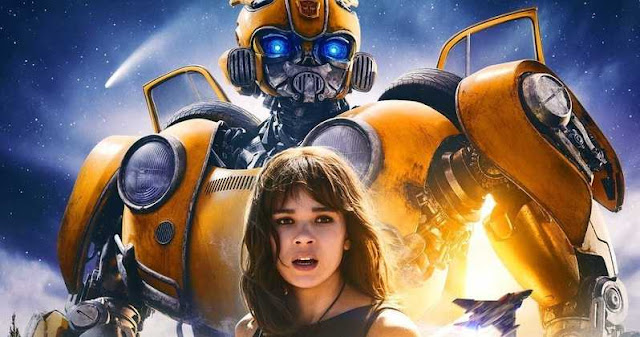 Travis Knight takes over the Transformers franchise and travels back to the beginning in Bumblebee, now playing in theaters.

On the run in the year 1987, Bumblebee seeks refuge in a junkyard in a small California beach town. Charlie (Hailee Steinfeld), on the brink of turning 18 years old and trying to find her place in the world, soon discovers the battle-scarred and broken Bumblebee. When Charlie revives him, she quickly learns that this is no ordinary yellow Volkswagen.

The Transformers franchise has earned quite the reputation for its unrestrained bombast and overbearing runtimes with the first five films, setting a standard for over-the-top blockbusters. With 2017’s The Last Knight, it seemed like the franchise had no idea where it was going and suffering franchise fatigue.

This new installment, serving a prequel to the previous films, Bumblebee breathes fresh new life to the franchise and provides an extended account of the fan-favorite character’s origins. As this will be the first film Michael Bay doesn't get to direct but still is credited as an executive producer, Bumblebee sees a significant change for the typically male-dominated franchise, centering on a teenage girl as the movie’s hero.

Bumblebee still retains the PG-13 rating, like its predecessors, and Paramount release will give it plenty competition at the box office. But hopefully, with a fresh new take on a franchise that is a decade old and plenty of subtle nods to previous films, along with fun new characters, the movie should bring in audiences old and new.

Screenwriter Christina Hodson (who has the Harley Quinn Suicide Squad spin-off Birds of Prey coming up next) takes the Transformers universe in a more character-driven direction, which goes directly to the roots of the franchise. What also makes this film better than previous installments is that its shaped as a coming-of-age story for both Steinfeld's Charle and Bumblebee, and Hodson layers that sense of wonder and discovery that helps recapture what has been lost through the previous five films.

Hailee Steinfeld is just perfect in Bumblebee, as she draws from previous roles in both comedy and drama, which helps mold her performance with infectious charm and evolving maturity. Steinfeld interacts more with the CGI image of Bumblebee than any other character, which needs a lot of focus that shows through key scenes, especially the ones that have a little humor in them.

Director Travis Knight (Kubo and the Two Strings) was the perfect choice to helm this prequel, and truly understands the instinctual sense of the film’s action moments while also paying close attention to the central characters’ emotional arcs. Knight’s decision to have Bumblebee transform into a mid-’60s Volkswagon Bug was a smart move, especially since this model was the character’s original form in the early stages of the Transformers timeline before turning into the Chevrolet Camero we have come to know.

Since Paramount’s planned Transformers 7 seems to be taking a back seat at the moment, Bumblebee could be the studios next shot at redemption in bring this franchise back to life.