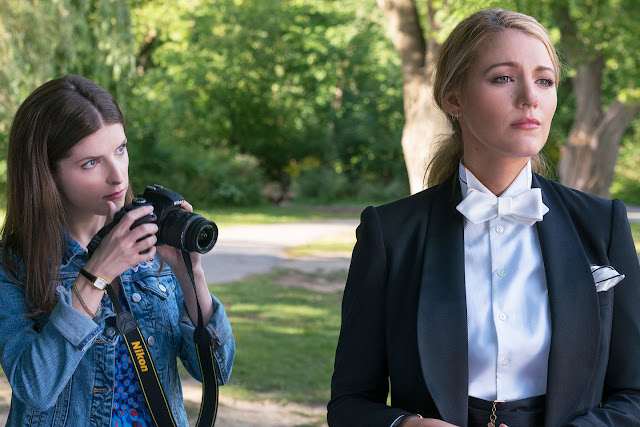 A Simple Favor, now playing in theaters, is a sexy, fun and exciting mystery thriller that will keep you guessing till the very end.


The story centers around Stephanie (Anna Kendrick), a mommy vlogger who seeks to uncover the truth behind her best friend Emily's (Blake Lively) sudden disappearance from their small town.


A Simple Favor delivers a constantly entertaining story through its compelling performances, fun tone and captivating story. What I like about this mystery film is that it commits more to keeping the audience engaged rather than twisting an complicated mystery.


A good mystery is often marked by a viewer's ability to look back at the story and see the clues that lead to the big reveal, much like HBO’s Sharp Objects. However, this is not the case with this particular story. While Stephanie’s journey in unraveling the mystery is interesting, she often stumbles upon clues accidentally. For some viewers, the conclusion could be predicted with the little information uncovered. But, without those helpful clues found throughout the film, the answer is interesting and surprising.


A Simple Favor does a great job of creating a suspenseful environment. This mainly due to the music used in the film as well as stunning sets and locations. While this film is a mystery thriller, there are some comedic aspects to it. This is partly because of director Paul Feig, known for comedies like Bridesmaids and Spy. The comedic moments doesn’t take anything away from the more suspenseful scenes.

The movie loses the more typical low-lighted with muted colors ambiance most mystery narratives use and instead is well-lit and filled with color. Most of the film takes place in the day, helping to make the story feel more real. Stephanie feels like a real person, and that is due to the amazing Anna Kendrick who uses her signature awkward charm, which helps the story feel like this situation could happen to an average person.

Stephanie’s backstory didn’t feel really justified within the story. But. her arc is incredibly effective. Stephanie’s friendship with Emily and her journey in trying to solve the mystery is important for the character’s story. Her growth throughout the film is noticeable, yet appropriately unrushed.


A Simple Favor’s greatest strength is the performance’s by Blake Lively and Anna Kendrick. Kendrick’s grounded Stephanie is perfectly bonded with Lively’s intriguing Emily who is the complete opposite of Stephanie.

A Simple Favor is a fun and interesting mystery movie. Instead of succumbing to what people expect from the mystery genre, it becomes something very unique, balancing laughs with thrills.