Venom Comic-Con Footage Is A Hit With Hardcore Fans 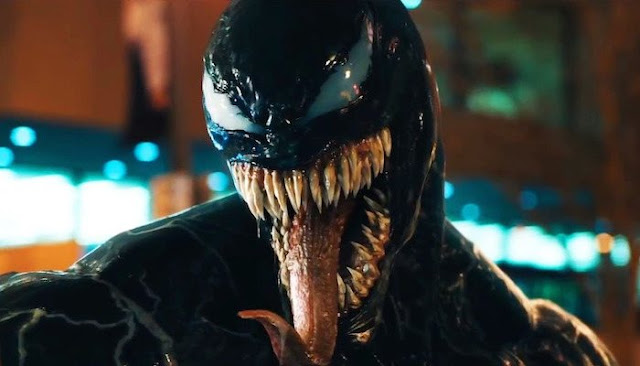 Venom debuted a bunch of new footage at San Diego Comic-Con last week and Movies on Trend was in attendance. Sony brought a couple of the Spider-Man projects they had in their belts to the convention this year, including the upcoming animated Spider-Man: Enter the Spider-Verse and the solo Venom movie. None of the footage that was shown will be available online, but first-hand descriptions of what was shown suggest that this film is going to be a violent affair.


As been previously reported by multiple outlets, Venom has no connection to the Marvel Cinematic Universe and based on the new footage its probably for a good reason. The tone of this film is nothing like what Marvel Studios has established over in the MCU.


"Eddie Brock enters a convenience store. He knows the lady here. She says he looks like s---. He isn’t feeling well. She suggested to him previously that he meditate. At home, he puts a disc in his DVD player and while laying on the floor meditates. Flashes of him running through the woods kick in. He smacks his face on the couch. He pounds pills. He looks unwell and calls someone to say he's feeling very sick. He awakens, startled. Later, he walks through an alley and sees Venom in the reflection of a car window before being flung against a wall. Riz Ahmed's character rules that human beings are disposable. Man and symbiote combined is the future. He tests one on a man who is bent out of shape violently. Eddie is tested later. As a result, he brutally beats men in his apartment with Venom's help. His motorcycle is sandwiched by cars but Venom holds them off."


Most of this was teased in the previous trailer, but what was seen at San Diego Comic-Con gives a better look at the film. Tom Hardy is brutal when he comes in contact with bad guys in the upcoming film. He takes out guys with what looks like an ax and at one point literally bites off some guy’s head. The footage continues as follows.


"Venom tells Eddie his previous life is over. Eddie doesn't want to just hurt people. Venom emerges and talks to Eddie face to face. After Eddie's body is bent and broken, Venom heals him and stands 10 feet tall. He holds a man up and licks his face. Ahmed's character is proud of his creation. Action scenes flash by. Eddie starts to come around on the power. His gal seems concerned about that. A woman throws spikes out of her back and into civilians at a market. Venom's arms turn into giant axes and he wipes out a slew of enemies. More action scenes. Venom fights Ahmed's symbiote counterpart. Venom threatens to eat a man's face off of his head who is bothering the woman in the convenience store. When he asks 'What the hell are you,' half the face disappears and Eddie and Venom say, 'We are Venom.' Then, he eats his head. Eddie emerges and says goodnight to the woman."


Director Ruben Fleischer stated that footage wasn’t ready to be officially released, but what was shown was absolutely insane. Venom hasn’t been given a rating, but based on the footage it seems like an R rating would be appropriate. Venom hits theaters on October 5, 2018.