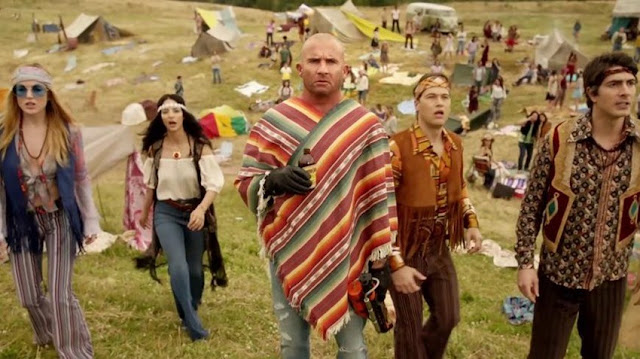 The CW unveiled the trailer for the upcoming fourth season of Legends of Tomorrow during the show's panel at San Diego Comic-Con and things are gonna get crazy.

New cast member Ramona Young (Blockers, Santa Clarita Diet) was announced during the panel as a series regular for the new season. Young plays Alaska Yu, your typical twenty-something who is easily swept up by romantic notions and fantasy novels, and she just so happens to be an expert on the world of magical creatures which the Legends will be encountering in season four. Plus, we finally will be meeting Nate’s (Nick Zano) father Hank Heywood - played by Tom Wilson (Back to the Future).

After defeating Mallus in the season three finale, the Legends are ready for a break. Their vacation is short lived when Constantine shows up and informs them that in solving one problem, they have created a much larger one. When the Legends messed with time in order to release and defeat Mallus, the barrier between worlds opened up. History is now infected with “Fugitives”; magical creatures from fairy tales, myths, and legends. Having been expelled throughout time by people like Constantine, the Fugitives have returned to our world in herds and are making a huge mess. So when all hell breaks loose, you call the Legends!

Season 4 of Legends of Tomorrow premieres on Monday, October 22 at 8/7 on The CW. Check out the trailer below and let us know your thoughts.