The Season 2 Trailer for The Gifted Prepares For War 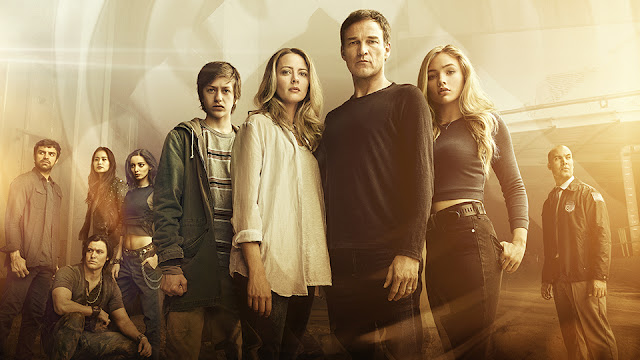 We finally have our first look at seas 2 of The Gifted. Fox brought the TV series that is set within the X-Men universe, but without any real connection to the movies, to San Diego Comic-Con this year and we have the very first trailer for the show’s upcoming second season. And from the trailer, it looks like the mutants have a hard time coming their way. This season will also mark “dawn of a new mutant age.”

Executive producer Matt Nix and Marvel TV head Jeph Loeb joined stars Stephen Moyer, Sean Teale, Jamie Chung, Emma Dumont, Blair Redford, Natalie Alyn Lind and Skyler Samuels for the panel at Comic-Con. Nix talked a bit about what fans can expect from the new season and went on stating that it was going to be more character-driven. Check out what he had to say.

"The thing that we realized in season one was when we were really connecting to the characters and the relationships between the characters, exploring the backstories and the emotional depth of the characters,’ said Nix. “Those were our favorite episodes and those are the episodes our fans responded to the most. This season we really step out to focus on that and emphasize that. When we really focused on the characters.. it made all the power stuff more exciting."

Season 2 will pick up after the explosion of the Atlanta Station at the end of season 1. The Mutant Underground will be searching for their friends and family who had left with The Inner Circle. Once they tracked them outside of Washington, D.C., they must contend with new groups with extreme ideologies, both human and mutant alike, to delay a brewing conflict. One of the best parts about this show is that fan-favorite mutant Blink gets some serious screen time. During the panel, actress Jamie Chung discussed a bit about Blink's evolution for season 2.

"I think Blink in Season 1 was just finding herself. She would always run,” said Chung. “Now that's she's decided to put down roots and realizes Lauren needs guidance and in her awkward way she tries to provide it for her."

The trailer is rather long, but it doesn’t shy away from the action. They are a lot of character drama that was promised but the network didn’t skim over the flashy goods. The Gifted season 2 will premiere Tuesday, September 25. You can check out the season 2 trailer below.