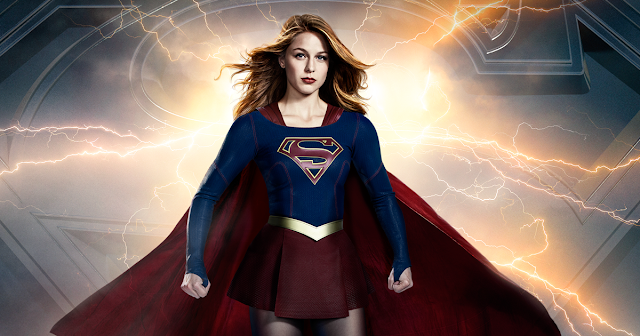 The third season of Supergirl ended with a huge twist and now we have our first looks at what’s ahead in the upcoming fourth season.


The CW released the trailer for the fourth season during Supergirl’s panel at San Diego Comic-Con. Most of the footage was of season three, but there were some interesting scenes at what looks like a new suit for Supergirl accompanied with an eerie voiceover by Agent Liberty (Sam Witwer).

Supergirl’s third season ended with J’onn (David Harewood) leaving as director of the DEO and appointed Alex (Chyler Leigh), Winn (Jeremy Jordan) left with the Legion of Superheroes to the future, and the most shocking moment an alternate version of Kara (Melissa Benoist) appeared in Siberia. As it just so happens, this version of Kara (with military men spotting her walking towards them) is a connection to 2003 Superman: Red Son miniseries by DC Comics.


"For fans of the comics, I think they might recognize that the story we want to tell is inspired by the iconic DC Comics' Red Son, which told an alternate origin story for Superman," showrunner Robert Rovner told TV Line.

"What happened if -- as a baby -- Superman landed in Russia and became a here there instead of in America?" showrunner Jessica Queller added. "It's an homage to that."

That homage will introduce some new characters, like Agent Liberty, played by Sam Witwer. DC fans would best know him from his role as Davis Bloome/Doomsday on Smallville. His addition marks the latest alumni from Smallville to make an appearance on Supergirl after Laura Vandervoort and Erica Durance.

"We love it, and we think the fans love it," showrunner Robert Rovner said of the show's legacy casting last year. "We love seeing people that we know and are familiar with step into other roles. And what’s great about them is that they’re all wonderful actors as well. So, you get the excitement of seeing them in the new role, but they also bring a lot when they take on these new characters."

Check out the first look at Supergirl's fourth season below. Let us know your thoughts in the comments below.

Supergirl returns on its new night on Sunday, October 14th, at 8/7c on The CW.