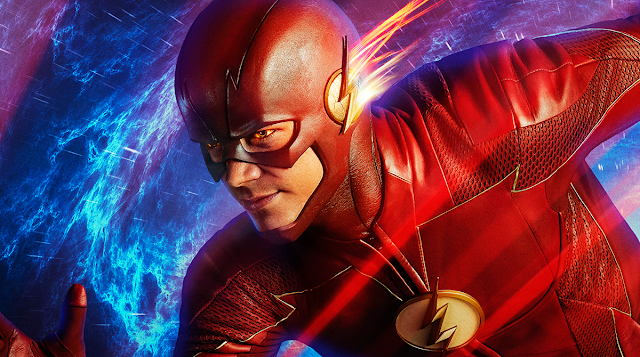 The CW debuted the trailer for The Flash’s upcoming fifth season at San Diego Comic-Con, and it hints at a new threat whose powers will present a problem for Team Flash that they’ve never had to deal with before,” according to showrunner Todd Helbing.


This new villain who will be wreaking havoc on Central City is called Cicada, played by Chris Klein (American Pie). Cicada is described in the comic books as some who worships The Flash and as a cult of followers who are determined on killing everyone the speedster has saved, using daggers shaped like lightning bolts.


On a more positive note, the famous Flash costume ring will be making its debut, thanks to Barry (Grant Gustin) and Iris’s (Candice Patton) daughter Nora West-Allen (Jessica Parker Kennedy). Helbing also hinted that we possibly might see a King Shark/Gorilla Grodd team-up sometime soon but was vague on specifics.


The Flash will return for its fifth season on Tuesday, October 9 at 8/7c on the CW. Check out the trailer below and let us know your thoughts.