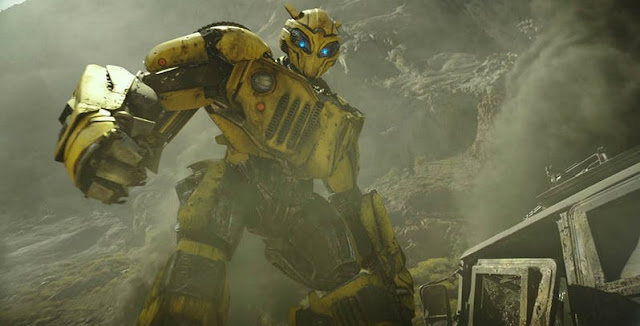 For the first time, Paramount Pictures brought the Transformers movies to San Diego Comic-Con this year and their Hall H panel to debut this December’s spinoff, Bumblebee. This will be the first Transformers film not directed by Michael Bay and takes us back in time to 1987 and follows Bee as he carries out a top-secret mission on Earth for his leader, Optimus Prime. Pitch Perfect 3’s Hailee Steinfeld co-stars as Charlie, a teenaged mechanic who stumbles upon Bumblebee (in disguise as the classic yellow VW bug) while searching through a junkyard and accompanies the Autobot on his “special job”.


Paramount didn’t debut a brand new trailer, instead, the studio brought some previously unreleased clips for those lucky enough to grab a seat in Hall H. Steinfeld was there to lend a hand in promoting Bumblebee the convention, along with director Travis Knight (Kubo and the Two Strings).


They were also joined my costar Jorge Lendeborg and John Cena, eventually, made an entrance only John Cena can. Knight then began to talk about how he tried to shoot the action sequences as cohesively as possible. This was soon followed by a sizzle reel for the movie that began with a scene where Bee was being hunted by Agent Burns (Cena) and the Decepticon Blitzwing (who was shown in the teaser trailer), who fires several missiles at Bee while in pursuit. Revealed in the footage, the Decepticons state that Bee is a criminal they are trying to stop, thus earning Burns’s trust and that of the human military. 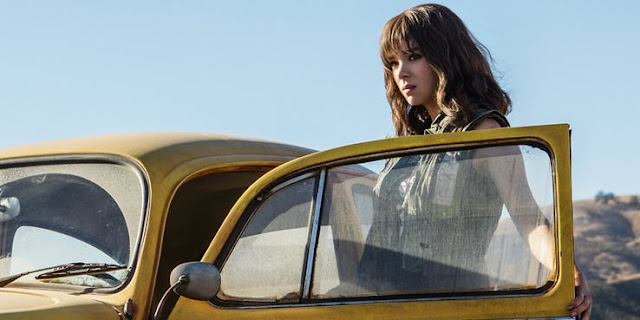 The scene was then followed by an extended version of the teaser trailer that included many action-packed sequences, as well as some heartwarming moments between Bee and Charlie. However, the highlight of the footage was the appearance of Optimus Prime, who shows up in hologram form. Optimus, much like Bee, is much closer to his original G1 look than previous films.

Ultimately, it appears like the Bumblebee footage show that Knight is attempting to balance performance with heart better in his film then Bay’s Transformers films didn’t really do. Between the G1 look and its setting, Bumblebee trying to go back to the most beloved era in the Transformers history, in more ways than one. And from the footage that was screened, it just might succeed in that venture.