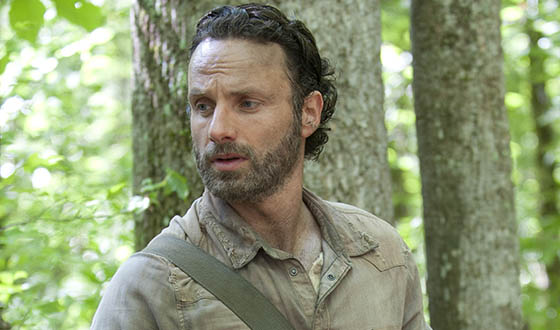 Andrew Lincoln, the man who has played lead character Rick Grimes since the pilot episode, officially confirmed his exit from The Walking Dead after the upcoming 9th season.

Robert Kirkman, who created the comic book series and is an executive producer on the show, recently confirmed this new. But, during the show’s panel at San Diego Comic-Con on Friday, July 20th, Lincoln confirmed his departure and shared some thoughts on the matter.

The season 9 panel for The Walking Dead kicked off with the saddening moment from Andrew Lincoln. He took the time to discuss his final season with the audience, as opposed to just avoiding the question altogether. Lincoln thanked the fans and recognized the wonderful experience he has had throughout the journey of playing Rick Grimes for almost a decade.

"This will be my last season playing the part of Rick Grimes,” said Lincoln. “I love this show. It means everything to me. I love the people who make this show. I'm particularly fond of the people who watch this show. This has been the most extraordinary, amazing and useful experience of my career."

The actor even took a second to praise new showrunner Angela Kang, who is taking over for Scott M. Gimple. "We're deeply, deeply proud of the work that we've done this season. I think Angela is astonishing and leading with such class, and a light deftness of touch," Lincoln said. Gimple now will supervise The Walking Dead universe for AMC. With Rick Grimes leaving, Norman Reedus' Daryl Dixon will become the show's new lead.

Andrew Lincoln was quite emotional and grateful while addressing the crowd. Moderator Yvette Nicole Brown and the rest of the cast remained silent and gave Lincoln the time to address his fans. Lincoln made it quite clear that, despite his exit after the upcoming 9th season, his relationship with Rick Grimes is far from over.

"My relationship with Mr. Grimes is far from over and a sort of large part of me will always be a machete-wielding, Stetson-wearing, zombie-slaying sheriff's deputy from London, England."

The crowd was upset at first but was very supportive of Lincoln during his speech. Fans also got to see The Walking Dead season 9 trailer during the panel, previewing our last season with Rick Grimes. This is going to be a decent-sized time jump this season and Rick has aged a little bit. Lauren Cohan, who has been playing Maggie since season 2, is also suspected to be leaving this season.

The Walking Dead returns to AMC for its 9th season on Sunday, October 7. You can check out the full-length trailer below.