Timeless Has Been Cancelled By NBC (Again) 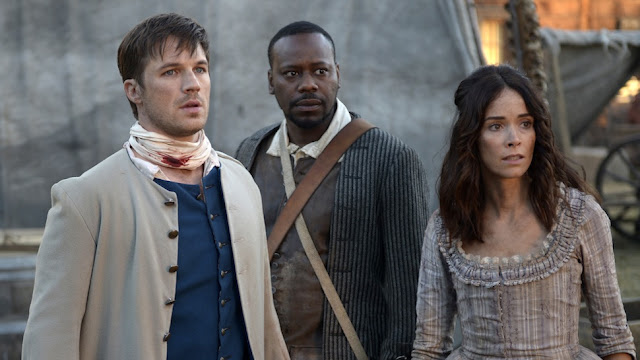 The clock has officially run out for Timeless: NBC has passed on a third season of the show, Entertainment Weekly first reported this.


The cult-favorite-time-travel drama has been canceled after a long, and frustrating, discussion process in which NBC and Sony Pictures Television tried to compromise financially on renewing the show for weeks.


Thursday’s news will undoubtedly upset fans as the season 2 finale ended on a major cliffhanger. According to Entertainment Weekly, all may not be lost as there are rumors of discussions of wrapping the show up with a two-hour movie. It’s unclear if this will happen though.


The time-travel drama stars Matt Lanter, Abigail Spencer, and Malcolm Barrett, and should be released from their contracts by the end of the month.


This is the second time NBC canceled the Shawn Ryan and Eric Kripke series. Last year when NBC axed the show after the show’s solid ratings the first season, fans outraged made NBC executives quickly reconsider their decision. In its second season, Timeless only averaged 4.2 million viewers and a 1.0 in the demo. This time the show’s fate is permanent; at least as a full-fledged series on the NBC side. Will Timeless be saved elsewhere? Anything’s possible in today's streaming era, but there has been no movement on that front.


NBC and Sony have yet to comment on the cancellation.


Ryan responded to the cancelation on Twitter, tweeting, “This is a sad day for the writers, actors, crew and especially the viewers of Timeless. We are all extremely proud of what we made and know that it was more than just a show for so many of our fans. It became a passion and a cause for many of them.” He added, “If NBC is sincere in wanting a 2 hour movie to give much needed closure to our amazing @NBCTimeless fans, we are ready to make it.”


Kripke also gave his thanks to the “cast, writers, crew and most all, the #clockblockers for your brilliance & passion. I love you all.”