Shadowhunters Canceled After Three Seasons, Will End With Two-Hour Finale 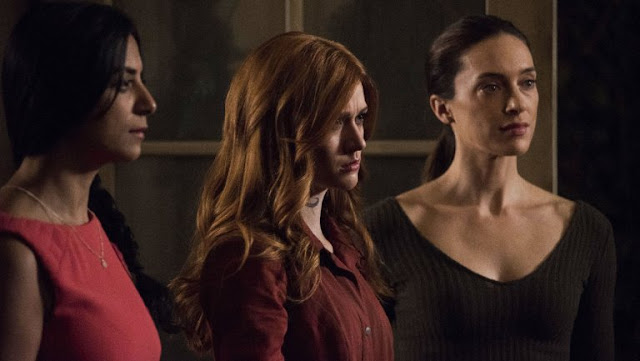 Shadowhunters will be coming to an end at Freeform.


The series based on the best-selling book series, The Mortal Instruments, has been canceled after three seasons. Shadowhunters will conclude in the spring with the second half of season three and will add a two-hour series finale.


"We are very proud of Shadowhunters, a series that broke new ground in the genre world and became a fan favorite,” the network said Monday in a statement. “However, along with our partners at Constantin, we reached the very difficult decision not to renew the show for a fourth season. But as big supporters and fans ourselves, Freeform insisted on and championed the filming of a special two-part finale that would give devoted fans a proper ending. The 12 episodes will air in spring 2019. We want to thank our talented creators, producers, cast, and crew along with our colleagues at Constantin for their hard work and dedication and to Cassie Clare for her incredible book series. We look forward to the final chapter of this breakthrough drama."


Shadowhunters was picked up to series after the feature film adaptation didn’t perform well enough to generate a follow-up and became a sturdy performer for the network - the third season receiving an additional 10-episode order ahead of its premiere. The second half of the season was scheduled to premiere in the summer but now will air in the spring with the addition of the two-hour series finale.


Katherine McNamara stars as Clary Fray, a woman who finds out on her 18th birthday that she is not who she thinks she is, but instead comes from a long line of Shadowhunters — human-angel hybrids that hunt down demons. Dominic Sherwood, Alberto Rosende, Matthew Daddario, Emeraude Toubia, Isaiah Mustafa and Harry Shum Jr. round up the main cast.


The decision comes on the heels of fellow genre series Siren, which recently debuted (and renewed) on Freeform. The network is also ending The Fosters with a three-night series finale event that will lead into a spinoff. Freeform's other scripted series also includes Famous in Love (which is also awaiting renewal), Marvel's Cloak and Dagger, The Bold Type, Pretty Little Liars spinoff The Perfectionists, Grown-ish, Alone Together and recent straight-to-series multicamera comedy Besties, from Kenya Barris (Black-ish, Grown-ish).