Lucifer Resurrected at Netflix for a fourth season 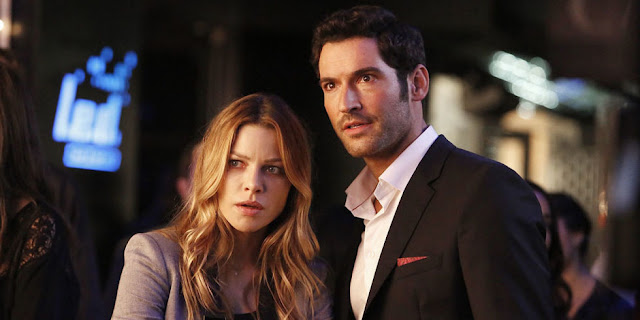 
Lucifer has been saved and will return for a fourth season on Netflix. The comic-book drama was canceled back in March after three seasons on Fox. A fourth season will officially welcome the series into Netflix’s ever-expanding slate of original series; no episode count has been announced yet.


The Netflix pick up decisions comes as options on the main cast of Lucifer were about to expire at the end of the day and following a hugely devoted, fan-led #SaveLucifer campaign that has been trending strong for the last three months.


Tom Ellis stars as the show’s Lord of Hell, who leaves his throne to become a civilian consultant for the Los Angeles Police Department, while also owning his nightclub called Lux. Lauren German costars as Lucifer’s detective partner, who happens to be immune to his supernatural powers mysteriously.


This isn’t the first show this year that Fox has canceled, but found new life elsewhere. Brooklyn Nine-Nine was picked up by NBC after it got axed and fans protested on Twitter. It’s also not the first Warner Bros. Television series to find a new home at Netflix: A&E’s Longmire went to Netflix after it was canceled and ran for three more seasons.


Lucifer was decent rating performer for Fox, but its vast fanbase proved passionately vocal after the unexpected cancellation. Even though Netflix didn’t initially have the SVOD rights to Lucifer (those rights belong over at Hulu), it's safe to say that fans will follow the supernatural series to its new home.