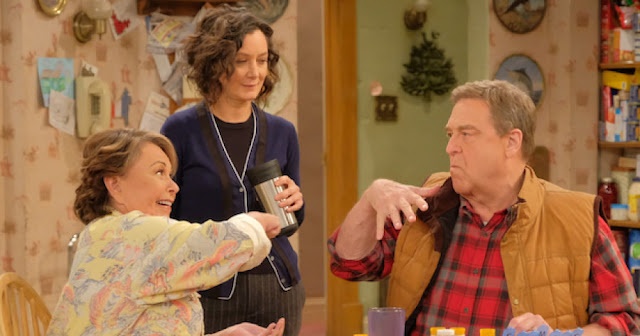 Roseanne will not be going forward with a second season at ABC.

“Roseanne’s Twitter statement abhorrent, repugnant and inconsistent with our values, and we have decided to cancel her show,” ABC Entertainment President Channing Dungey announced Tuesday.

Before the network had made their decision, Barr tried to smooth things over by tweeting, “I apologize to Valerie Jarrett and to all Americans. I am truly sorry for making a bad joke about her politics and her looks. I should have known better. Forgive me-my joke was in bad taste.” She also went on to say that she was leaving Twitter. But, sadly, the damage had already been done.

Her costars were quick to comment. Sara Gilbert tweeted, “Roseanne’s recent comments about Valerie Jarrett, and so much more, are abhorrent and do not reflect the beliefs of our cast and crew or anyone associated with the show. I am disappointed in her actions to say the least.” Emma Rose Kenney, who plays Gilbert’s daughter on the show, tweeted, “ I am hurt, embarrassed, and disappointed. The racist and distasteful comments from Roseanne are inexcusable.” Wanda Sykes, who was one of several high-profile writes on the show, quit the show via Twitter.

Gilbert tweeted another statement shortly after the shocking announcement, this time conveying sadness over the show’s cancellation, “This is incredibly sad and difficult for all of us, as we’ve created a show that we believe in, are proud of, and that audiences love - one that is separate and apart from opinions and words of one cast member.”

Executive Producer Tom Werner, who produced the original series and helped in bringing it back with Gilbert, released a statement that supported ABC’s move and also suggested that Barr get some “help.”

“Our goal was to promote constructive discussion about the issues that divide us,” Werner said in a statement. “It represented that work of hundreds of talented people. I hope the good work done is not totally eclipsed by these abhorrent and offensive comments, and that Roseanne seeks the help she so clearly needs.”


Roseanne had already been renewed for a second season and finished its first season as the most-watched shows on broadcast TV. The show dealt with issues like the Trump/Clinton election and Muslim-Americans.