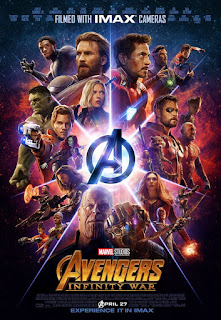 Ten years and 18 films have all been leading up to this climactic showdown that is Avengers: Infinity War, now playing in theaters.
Iron Man (Robert Downey Jr.), Thor (Chris Hemsworth), the Hulk (Mark Ruffalo) and the rest of the Avengers unite to battle their most potent enemy yet -- the evil Thanos (Josh Brolin). On a mission to collect all six Infinity Stones, Thanos plans to use the artifacts to inflict his twisted will on reality. The fate of the planet and existence itself has never been more uncertain as everything the Avengers have fought for has led up to this moment.

Despite what many think of the superhero genre, what cannot be denied is that Avengers: Infinity War is an ambitious undertaking - the most prominent film in the genre, making it a significant event in film history. Marvel Studios spent a decade carefully planning out this colossal showdown of all their heroes together on the screen for the first time. To say that the MCU has a lot riding on this would be an understatement, evidenced by their massive marketing efforts which can be seen from pretty much anywhere you look. But one question remains: does it live up to all the hype?

And the answer to that is - hell yes, it does! All our favorite heroes get their time to shine, and while some naturally get more screen time then others, no role feels minor at any point during the film. Christopher Markus and Stephen McFeely’s contributions need a much-deserved shoutout for putting together probably the most challenging and crucial aspects of the movie of this proportions- the screenplay. From the film’s opening scene, their goal to create a bright and comprehensible narrative was right on point. The Russo Brothers took this material and enhanced it creating some fantastic performances, along with the large-scale action sequences that come with the MCU. Keeping the balance of a film of this magnitude is tricky, but it also has to keep the audience’s attention or the film’s two and a half hour runtime. There is never a dull scene. 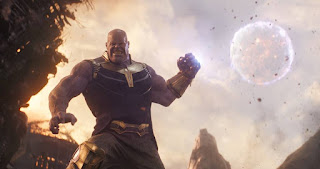 The MCU’s trademark humor is still intact and is accompanied by several moments that are so gut-wrenching that it will be hard to forget once the credits start to roll.

The consequences of this film are far higher than any in the MCU’s history, and that's all due to the actions of the one single villain the MCU had been building up to since Avengers back in 2012. Josh Brolin has some high expectations to meet, and his portrayal of Thanos exceeds all expectations, and he is genuinely terrifying. He is multi-dimensional with a looming presence to justify all his screen time. The superheroes that take him on will take you by surprise multiple times. It’s a massive team effort with every actor trying their hardest. All the big action scenes, humor and plot intersections might become overwhelming to the casual viewer. But that’s because there is so much to digest in this film that you will have to watch it a second or third time. If you were at your limit with these films, Marvel just went and changed the game leaving you wanting more - proving once again that they know what they are doing.