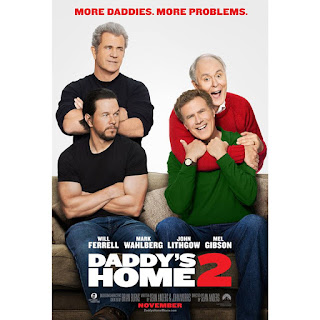 Will Ferrell and Mark Wahlberg are back and they brought all the hilarity and enjoyment from the first film with Daddy’s Home 2, now playing in theaters.

Father and stepfather Dusty (Mark Wahlberg) and Brad (Will Ferrell) join forces to make Christmas Time perfect for the children. Their newfound partnership soon gets put to the test when Dusty's old-school, macho dad (Mel Gibson) and Brad's gentle father (John Lithgow) arrive to turn the holiday upside down.

The idea for this movie is perfect. Wahlberg and Ferrell are the perfect comedy duo as they just play off of each other so easily. Brad is still the sensitive stepfather, but hasn’t really changed that much from the first film except that he is more established in his role as stepdad. Dusty has changed quite a bit from the first movie. When we first met him, he was more conventionally macho. Now, he is more comfortable in his family-man role and now shares responsibility for their kids along with wives, played by the brilliant Linda Cardellini and Alessandra Ambrosio.

Mel Gibson joins that cast as Dusty’s father, Kurt. Gibson is great in his role as he takes pleasure in 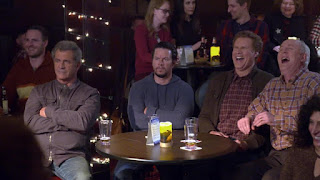 destroying the morals, friendships and families of every human being around him. He lies to Dusty and Brad in order to make them hate each other. John Lithgow plays Brad’s father, known as “Pop-Pop.” Lithgow’s character is sensitive, sweet and a bit naive, with a positive relationship with his son. Their relationship may seem a bit weird, but that's the comedy of it and it’s even funnier watching Dusty or Kurt bugging theirs eyes out as though they have never seen guys like each other before.

Daddy’s Home 2 is a family-filled comedy with lots of chuckles in its 100-minute runtime. There really wasn’t a moment in this film where I wasn’t laughing. From beginning to end, the gags just got funnier and funnier which made the film all the more fun to watch.