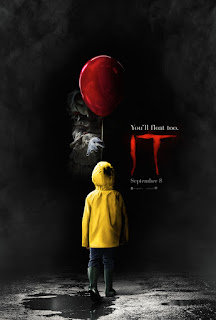 Pennywise the dancing clown makes a triumphant return; this time, his debut is on the big screen with Stephen King’s It, now playing in theaters.

Based off Stephen Kings's novel, this coming-of-age story follows a group of outcasts as they battle an ancient evil in their Maine hometown, first as kids and again as adults. What makes this version different from the 1990 miniseries is that it’s set as a two-part tale––part one focuses entirely on the Losers Club as they are kids. Despite all that could go wrong, It succeeds and is one of the best King adaptations so far.

Among the actors are rising stars Jaeden Lieberher (The Book of Henry), Finn Wolfhard (Stranger Things), Jeremy Ray Taylor, Sophia Lillis, Chosen Jacobs, Wyatt Oleff (Guardians of the Galaxy), and Jack Dylan Grazer. Together, they form “The Losers Club.” The chemistry between these young actors is outstanding, and there is plenty of heart that connects them throughout the film. 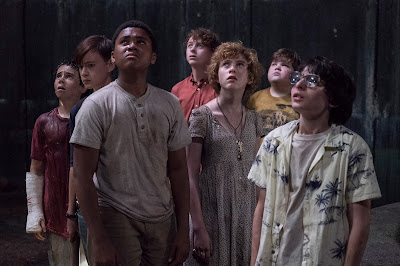 Director Andy Muschietti puts a lot of trust in this young cast, and it certainly pays off by their performances. Lieberher and Lillis are both impressive in their roles, showing the depths of their characters. Wolfhard is definitely the comic relief the film needs, given his character's smart mouth that helps balance out the scares.

Hemlock Grove star Bill Skarsgard takes up the mantle of the films most iconic role, Pennywise (set by Tim Curry in the 1990 miniseries) and meets every expectation while putting his own, nightmare-inducing spin on the character.

Curry’s version of the character was often comical and saved it’s more terrifying monster moments for the climatic parts in the story. Skarsgard’s Pennywise is quite the opposite. This Pennywise doesn’t seem interested in passing for human. This film’s version of Pennywise has more of a monstrous, alien tone and is disconnected from humanity. Skarsgard's portrayal of Pennywise is absolutely terrifying is a fresh new way.
Even though It is meant to be a two part tale, Muschietti does a fantastic job at making It feel like a self-contained story, and he managed to leave the narrative door open while giving the audience closure. 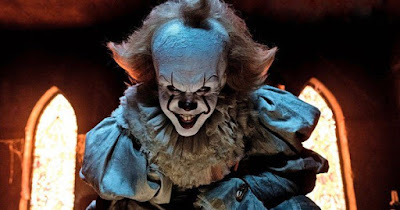 The first chapter of It is definitely strong enough to stand on its own, but audiences will be happy that there is more story to tell. It is a skillful blend of nostalgic sentiment and hair-raising effects. It is beautifully uncomfortable, shockingly effective, and big-time creepy. This is definitely one of the best, most exciting, thrilling, heart-filled horror tales since The Conjuring.
Published at  FINE Magazine