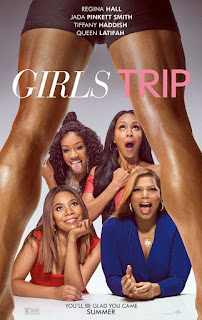 Following in the footsteps of films like Bridesmaids and Rough Night comes another raunchy comedy featuring a stellar cast of girls gone wild. Girls Trip is about four girls who reunite for a trip to New Orleans, where the party never stop and the laughs keep coming.

This is a good, entertaining addition to the girls-gone-wild genre, but the film has a slow start. Regina Hall’s character Ryan, a self-help author and Oprah-type, narrates the film and introduces the main characters. Mike Colter (Marvel’s Luke Cage) plays Ryan’s husband, a retired baseball player. The rest of the foursome is made up of Jada Pinkett Smith, Queen Latifah, and Tiffany Haddish.


Though the movie is fresh and realistic, it's also predictable. Girls Trip shows how friends who seem inseparable can grow apart over the years, leaving tension in the place of love. The main reason these girls reunite after all these years is that Ryan orchestrates a reunion with an all-expense-paid trip to New Orleans because she's giving a speech at the Essence Festival.
The movie earns its R rating, especially when Tiffany Haddish’s character Dina graphically demonstrates a sexual move known as “the grapefruit technique.” Each character has their own set of problems: Sasha (Queen Latifah) is basically broke, Lisa (Jada Pinkett Smith) is a frumpy divorcee who gives everything to her kids and does nothing for her own happiness. Dina is just a wild child, and Ryan’s relationship with her husband is a sham––ironically, her relationship is the message of her book is You Can Have It All. 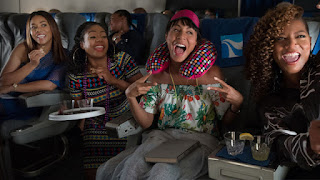 Haddish steals nearly every scene, but there is enough comedy to go around, and every single one of these incredible women make an impression. All of the comedy aside, it's well-balanced with some serious moments and delivers a meaningful message of sisterhood. Girls Trip does a great job at shocking and amusing the audience, as well as reminding us how important old friends can be.