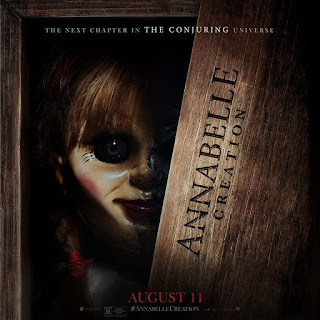 Witness the next, horrifying chapter in the ever-expanding world of The Conjuring universe with Annabelle: Creation, now playing theaters. This new, terrifying tale goes like this: 12 years after the tragic death of their daughter, Samuel (Anthony LaPagila) and his wife Esther Mullins (Miranda Otto) open up their home to Sister Charlotte (Stephanie Sigman) and girls from an orphanage as they wait to be adopted. When Janice (Talitha Bateman) receives a note, she enters a locked room and encounters a child’s doll in a white dress that acts rather mysteriously. Not knowing that she has released a terrible evil throughout the house, making this safe haven something out of terrible nightmare with no end in sight.

Annabelle: Creation marks the fourth film in The Conjuring franchise and is also a sequel to 2014’s Annabelle. This films takes us back to the origins behind the possessed doll that was introduced in the first Conjuring film. Even though the films are inspired by the real case files of Ed and Lorraine Warren, this film is pure fiction which adds to the mythology of this universe. James Wan once again produces the film while David F. Sandberg directs––it's a match made in heaven.

Sandberg does a fantastic job at directing the film and creating horror sequences that will leave the audience on the edge of their seats. The Annabelle doll once again is made of great use as a prop and is still very much unsettling to see. Creation does a stellar job at not overplaying the jump scares, but relies more on the haunting imagery and the creepy atmosphere that will still haunt you after the credits role. 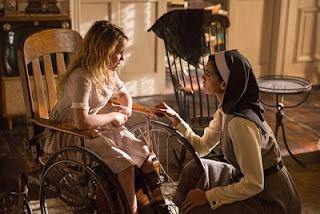 Talitha Bateman and Lulu Wilson are leads of the film, and they get a sweet story arc about their sister-like bond. These girls are great in their role, but I wish their characters had gotten more fleshed out. LaPagila is great as Samuel even though he doesn’t have a lot of material to work with. He is a very sympathetic character though as anyone can relate to the pain he is dealing with.

Sigman is does a fine job as Sister Charlotte and has some touching scenes with the child actors. The other orphan girls are there to flesh out the scary scenes that make up the climax of the film. The script really doesn’t give Miranda Otto anything to do expect explain to Sister Charlotte the mysteries about the Mullins’ house. 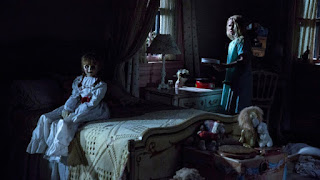 In the end, Annabelle: Creation will make horror enthusiasts happy, especially those who have been following the franchise since the original Conjuring. Sandberg throws enough at the film to make it not follow the typical horror genre.