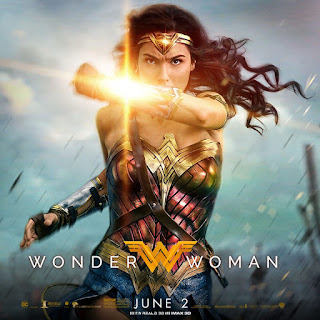 Finally, after what feels like forever since DC and Warner Bros have released a decent film, Wonder Woman brings DC back to where it was during the Dark Knight era.

When the film begins, viewers might feel a sense of dread as an aerial view of the Louvre shoots across the screen and Gal Gadot's titular heroine does a voiceover with eerie music––are we really going to start this movie where we left off in Batman v Superman?––and the answer to that is a resounding no. Once the small continuation of the franchise is established, when a mysterious package is sent from Bruce Wayne and arrives at Diana’s office at the antiquities department of the Louvre, we then go back in time to her earlier life, long before the events of Batman v Superman.

Directed by the incredible Patty Jenkins with a script by Allan Heinberg, Wonder Woman triumphantly shakes off the typical blockbuster brand and becomes something so much more than a predictable superhero film––and that would be a pretty great movie.

To see my full review go to Fine Magazine