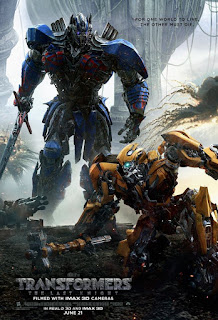 The Transformers series has always been both good and bad, depending on how you view the last four films. The fifth installment in the franchise, now playing in theaters, raises the bar and makes it better than ever. Transformers: The Last Knight is by far one of the best in the series, and these now-established robots have been around the block a few times.

The Decepticons were somewhat scarce in Age of Extinction and make a triumphant return with Megatron, who has been in hiding for sometime, back as the leader with his all too familiar angry attitude. Megatron’s new team almost looks like they could audition for Suicide Squad 2. The Autobots get introduced with Bumblebee blasted to pieces (don’t worry he pulls himself together––literally) and their leader Optimus Prime slips over to the dark side by making a deal with his creator, the alien sorceress Quintessa, to salvage what’s left of their home planet Cybertron by sucking the life out of Earth.

Mark Wahlberg returns as Texas inventor Cade Yeager who is now off the grid and looking after Autobots like John Goodman’s Hound in a sports car junk yard. Wahlberg clearly has the ability to lead these movies in a way Shia LaBeouf did. British actress Laura Haddock plays Oxford professor Viviane and is the strong female lead this series needed after Megan Fox left the franchise. The chemistry between Haddock and Wahlberg is exceptional and comedic.