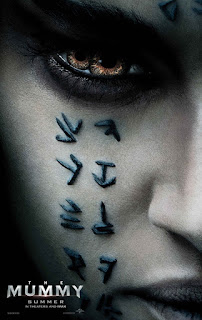 I will admit, when I heard Universal was planning a reboot of The Mummy with Tom Cruise as the lead actor, I was less than thrilled. I’m a die hard fan of the original Mummy trilogy with Brendan Fraser, and Tom Cruise isn’t my favorite actor. However, after seeing The Mummy––now playing in theaters––I was actually quite impressed with how it all turned out.

The Mummy is the first of many monster movies to come from Universal as they plan a Dark Universe franchise which will include Frankenstein’s monster, the Invisible Man, and the Wolf Man. It was a surprising and interesting way to kick things off.

Cruise plays Nick Morton, a jaunty military daredevil with a thing for stealing antiquities. Cruise is his usual charming self, and his comedic banter with his sidekick, played by Jake Johnson, brought out many light-hearted moments. Annabelle Wallis gave a great performance, though the character was predictable at the same time. Wallis starts off not finding Cruise charming, and by the end of the film develops feelings for him, but their on-screen chemistry made it all the more believable.

To see the full review go to FINE Magazine